I’ve been cycling trough fields, forrest and hills. Rain, sun and fog. Now it’s time for mountains and thunderstorms. Climbing for 14 kilometers straight, small mountain towns and no more use of the compass. I’ve reached the 1000 km mark, and all without a map.

By now I started to get into the Jura mountain area. A real beautiful area with tiny villages where there are no maps for me to stare at and try to draw my own maps. But here and there I was able to find a lost map, while I was eating in a restaurant for example. But now the choice of taking a bigger road, or a smaller tiny road was harder. The bigger roads had certainty of getting where I wanted, the smaller roads got me through beautiful areas, but I would not be sure if I would end up at the place I wanted. It was a risk I had to take, with the chance to get lost. The other side was that I would drive over beautiful little mountain roads. I took the risk. And the most beautiful mountain roads I could imagine! Sometimes you just need to take a little risk to enjoy life to the fullest. 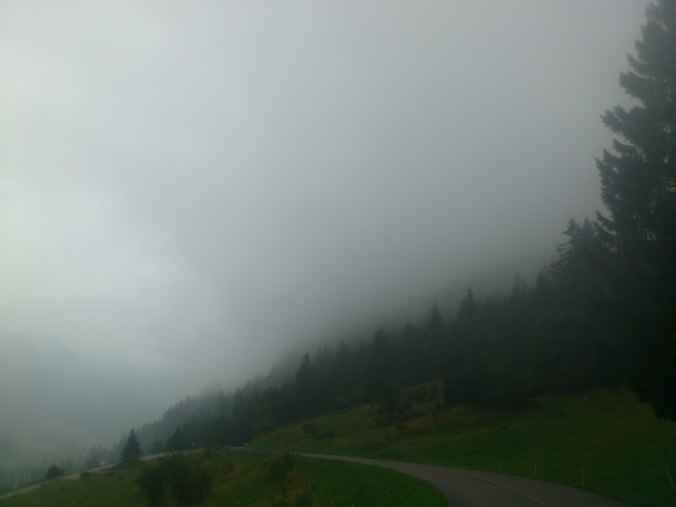 In Bescancon I found a map of France. When I found it I was happy as a child on Christmas! I drew myself a map and followed it. But when I was getting quite close to  Chamonix (and the Mt Blanc) I was looking at a map when a man asked me where I needed to go. I told him my route and he laughed at me… Hahaha, nooo my friend, you’re  taking the wrong way! The Mt Blanc is in the north! The route you want to take is at least 200 km longer. Hmm. Ok. I took his advise and went a little north again. Advise from locals is worth gold.

The maps I’ve drawn before where worthless once again. He made a map for me, and while he got it clear in his head, for me it was hard to figure out. It was this day where I made my best detour yet. It was the day where I cycled 60 kilometers and just moved 40 kilometers. Yes, a 20 kilometer detour, uphill… Part of cycling without a map I guess… Also I noticed that cycling without a maps in the mountains is way harder. The compass is useless, since the roads zigzag through the landscape and when you’re off the map, its hard to find a bigger village again. Most places I’ve passed had maps of the village and 10 km around. Not helpful… 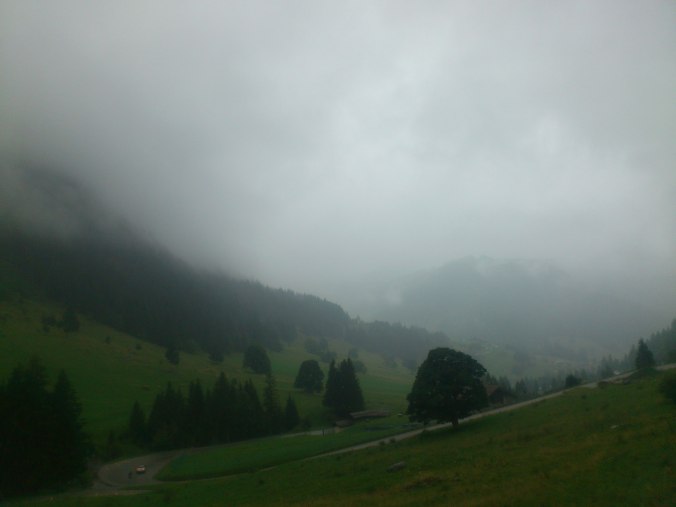 But I was getting closer. Just 95 kilometers trough the mountains until Chamonix! At a rainy Friday morning I had a look at my map and knew I would be there in the end of the day. I’ve passed a 1500 meter high pass in a thunderstorm, went down in the rain and cycled on, and on, and on and on. Just when I thought I was close by, somebody told me it was at least 1 hour cycling…

But the signs where good, a mountain with a white top was showing off.

Yeah, I was getting there! And finally at 9:30 in the evening I was in Chamonix. The town closest to the Mt Blanc. I arranged a place to stay through Warmshowers and had an amazing weekend with my host and their friends. Late night parties, hiking trough the mountains, good food and nice conversations. Just what I needed after 20 days in the forrest. And a great view of the Mt Blanc glacier. 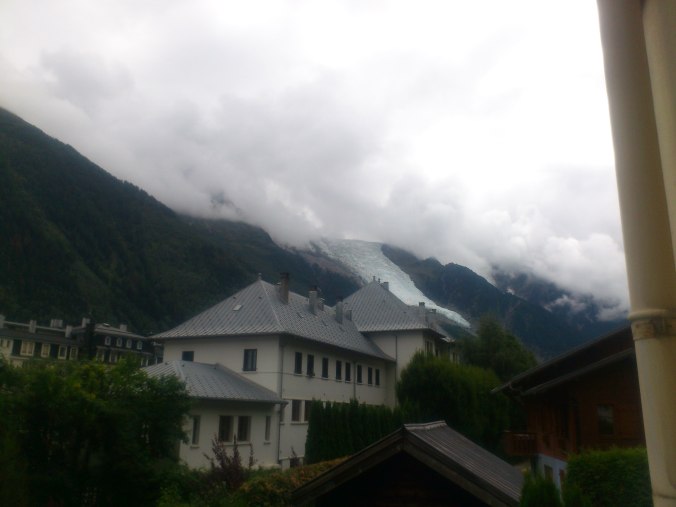 But this is just the middle of my trip. Now its time to return to Maastricht, over the “Great St Bernard Pass”. It will be tough, 40 kilometers of climbing. Then trough Italy, Switzerland and Germany to return to the flat meadows of the Netherlands.

Thanks Iris, Marty, Stef and their friends for hosting me, the good company, laughs and awesome time!